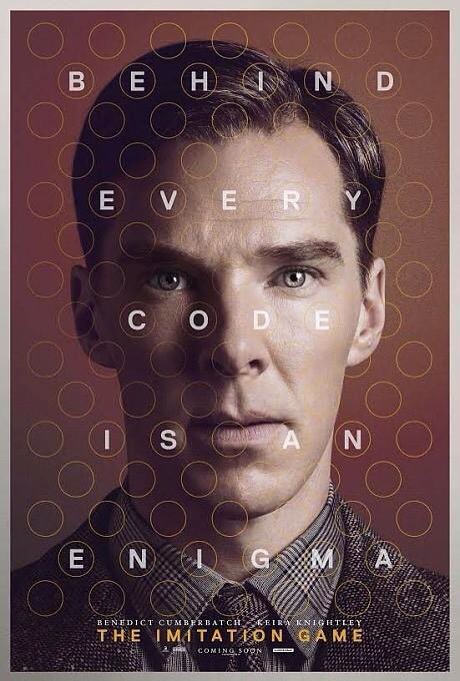 Here is a brand new poster of Benedict Cumberbatch as Alan Turing.

THE IMITATION GAME is a nail-biting race against time following Alan Turing (pioneer of modern-day computing and credited with cracking the German Enigma code) and his brilliant team at Britain’s top-secret code-breaking centre, Bletchley Park, during the darkest days of World War II. Turing, whose contributions and genius significantly shortened the war, saving thousands of lives, was the eventual victim of an unenlightened British establishment, but his work and legacy live on.

THE IMITATION GAME is out in cinemas November 14th.