As part of the BFI’s THE GENIUS OF HITCHCOCK season, tomorrow night at 8pm will see the 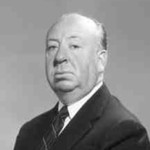 live streaming of Hitchcock’s 1927 boxing melodrama, THE RING, via The Space(http://thespace.org/), in co-ordination with a screening of the film at London’s Hackney Empire (a venue that Hitchcock himself frequented).

The Ring, a film that helped inspire The Artist according to its director Michel Hazanavicius, has also been given a new musical score by British jazz and hip-hop musician Soweto Kinch. A unique and exciting opportunity to see a classic film for free, the stream will begin on thespace.org at 8pm and viewers are encouraged to use hashtag #thering to talk about the film on Twitter.

THE GENIUS OF HITCHCOCK, is a major celebration of the iconic British film director, the Master of Suspense himself, Alfred Hitchcock. This event will showcase the complete works of his silent films, including the restoration and scoring of Hitchcock’s nine surviving silent’s films by the BFI National Archive as part of the London 2012 Festival celebrations.

The BFI has also created a dedicated microsite called – The 39 Steps to Hitchcock, this a step-by-step guide through one man’s genius and features exclusive film extracts, interviews with close collaborators (Kim Novak, Tippi Hedren and more) and is a simple journey through his life and career through galleries curated by Hitchcock experts – bfi.org.uk/39steps .