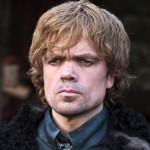 its first two amazing seasons, now to celebrate the much anticipated third season returning to Sky One this year London Film and Comic Con will be host to some of the shows most beloved characters including PETER DINKLAGE, JASON MOMOA, KRISTIAN NAIRN and CLIVE RUSSELL who will taking part in signing autographs, professional photshoots and talks!
Peter Dinklage is best known for his role as Tyrion Lannister in the critically acclaimed TV series Game of Thrones. His performance saw him collect an Emmy Award for Outstanding Supporting Actor in a Drama Series in 2011, as well as a Golden Globe Award for Best Supporting Actor in 2012.
Dinklage will be joined by Jason Momoa, other wise known as Khal Drogo the leader of the Dothraki Nomads. Momoa, who is also known for his role as Ronan Dex in Stargate Atlantis was the last person to be cast for the Game of Thrones TV pilot, but Drogo left a lasting imprint on fans worldwide.
Kristian Nairn, known for his role as the loveable Hodor who is never seen far from Bran Stark’s side, and new cast member Clive Russell who will be playing Brynden Tully in series three will also be attending London Film and Comic Con this July.
All four of the Game of Thrones stars will be taking part in signing autographs, professional photo shoots and on stage talks over the weekend. Tickets are available from the Showmasters On-line Shop now! But be sure to check out the other stars attending too, including guests from Terminator, E.T, Star Trek, Star Wars and many more!
Event Details