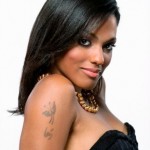 City prequel, ‘Carrie Diaries.’ The show will be based on the novel by Candace Bushnell; it will follow a young Carrie Bradshaw growing up in the 80s and her problems with love, sex and camaraderie. Freema will apparently be playing Larrisa, a magazine editor/party girl that acts as Carrie’s mentor and introduces her to the Manhattan party scene.

It’s currently unknown what this would mean for Freema’s role in Law and Order: UK; presumably she would have to leave if the pilot were picked up.