Ever since Shaun of the dead in 2005, we’ve had to put up with cheap comedy/horror knock off’s aiming to share a place under the same spotlight. Strippers vs werewolves is the latest to try and fail. The script isn’t that bad and doesn’t take itself too seriously. But it isnt scary and it isnt very funny. There are some nice little touchs, the strip club is called ‘Silva bullet’ after one of its stars Adele Silva. The werewolf makeup is shoddy as are all the effects in this movie. The cast all seem to think that this will be their big Hollywood break and that expectation shows. 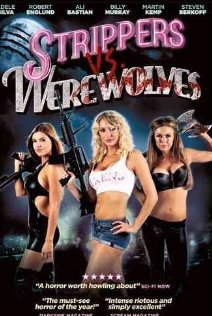