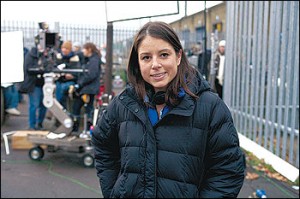 Doctor Who executive producer Beth Willis is leaving the series, to return to Kudos Film and Television.

The news comes a few months after, Piers Wenger announced, that he was stepping down as producer. This means a new set of producers, will join Steven Moffat, for the production of the 2012/2013 series.