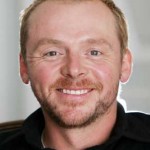 according to over 1,000 film fans.
In a poll of roadtrip movie stars carried out to celebrate the Sky Movies HD Roadtrip Movie Season starting Monday 25th June, the star of The Bounty Hunter topped the list with 13.5% of the final votes. The results also highlighted that comic stars make the ideal partner for a long car journey.
Brit star Simon Pegg, who recently starred alongside Nick Frost in the alien roadtrip movie Paul, came a close second in the list with 10% of the votes, followed by Dumb and Dumber funnyman Jim Carrey who brought in 8.5% of votes.
Clearly when not saving the world as Iron Man, Robert Downey Jr. is able to travel normally and continued the comedy theme in fourth place (8.4%) after his turn travelling from Atlanta to Los Angeles with Zach Galifianakis in Due Date. Whilst the pair’s many misadventures would not be the ideal way to travel, they at least stood out from the crowd and left the public amused and wanting to take Mr Downey Jr. on their next trip.
Taking a sharp turn into drama, fifth and sixth positions in the poll were filled by ‘excellent drivers’ Tom Cruise and Dustin Hoffman, the double act from the 1988 Oscar-winning film Rain Man, who nabbed 8% and 7% respectively.
Whilst a murderer on the run might not be everyone’s ideal companion, Susan Sarandon, famed for her turn as Louise in Thelma and Louise, was named in seventh place on the list of passengers (6%).
Returning to the comedy road, Gerard Butler, Jennifer Aniston’s co-star in The Bounty Hunter claimed eighth place in the list of ideal travel partners with 5.9% of the vote, and was joined in ninth and tenth places by comedians Chevy Chase (most known for his role in National Lampoon’s Vacation and its sequels) with 5% and Brit Russell Brand who reprised his Forgetting Sarah Marshall role as rockstar Aldous Snow to roadtrip with Jonah Hill in Get Him To The Greek (3.6%).
Jade Tan, Scheduling Manager Sky Movies comments: “It’s clear that comedy is the best policy for a roadtrip partner, and Jennifer Aniston, Simon Pegg and Jim Carrey most certainly have it covered. Whether they’re on the run, on a buddy trip or a wild adventure, all of these names would definitely deliver a trip to remember. The Roadtrip Movie season on Sky Movies is the next best thing if they’re not available in person, and with Sky Go access in the UK our customers also can take these films out and about this summer too.”