CBBC have announced a few de 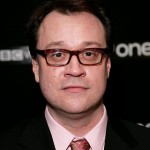 Created by Russell T Davies and Phil Ford (The Sarah Jane Adventures, Doctor Who) and will be produced by BBC Cymru Wales in association with Fremantle Media Enterprises.

From the dark side of the moon, aliens are scanning the Earth searching for magic and are prepared to destroy everything in their path to get it. All that stands in the way of Earth’s imminent destruction are two 16-year old schoolboys, Tom and Benny. It’s Ray Guns vs Wands; Science vs Magic and Aliens vs Wizards.

Russell says: “Writing for children is the biggest challenge of all and I think CBBC stands right at the heart of broadcasting. So I’m delighted to launch this show, a true nationwide collaboration – a Salford commission from a BBC Wales team. We’re joining genres too – the show’s a wild, funny, thrilling and sometimes scary collision of magic and science fiction.“

Tom Clarke lives a seemingly ordinary life with his dad and grandmother. However he hides a deep secret – Tom’s family are wizards and when the Nekross arrive, hungry for magic, they find themselves on the menu.

The Nekross may be equipped with ray guns, teleports and high-tech robots but they haven’t reckoned on Tom and his friend, science super-brain Benny. They form an extraordinary duo, using Tom’s magic and Benny’s science to battle the Nekross and save the Earth.

Russell adds: “Wizards have never met aliens before, and when they do, the result is spectacular! The mysterious Nekross know exactly what to do with magicians. Eat them! Let battle be joined!”

Aliens Vs Wizards (12 x 30mins) will be produced by BBC Cymru Wales for CBBC for broadcast in Autumn 2012. The executive producers are Russell T Davies, Bethan Jones and Gina Cronk for the BBC and Bob Higgins and Sander Schwartz for FME. The producer is Brian Minchin and co-producer Phil Ford. The writers include Russell T Davies, Joe Lidster and Phil Ford.