Lose yourself in a big screen reimagining of your favo 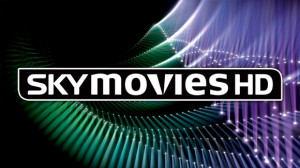 urite tale as Sky Movies Showcase HD presents a shelf full of modern works that have made the transition from bestseller to box office. From Tim Burton’s recent and magical adaptation of Lewis Carroll’s weird and wonderful story of Alice and Wonderland to Frank Darabont’s emotional and gripping film adaptation of Stephen King’s The Green Mile, Sky Movies Adaptations season ties in with the coverage of the Hay Literary Festival on Sky Arts HD.
Highlights below:

8pm, Chronicles of Narnia: The Voyage of the Dawn Treader

5:35pm, Harry Potter and the Prisoner Of Azkaban

6:30pm, Chronicles Of Narnia: The Voyage of the Dawn Treader